The Mediceo Laurenziano Complex, (that unites amongst others, the Basilica of San Lorenzo and the Salone di Donatello, Michelangeloâ€™s Laurentian Library and the Medici Chapels) that is visited by thousands of people each year from all over the world, will host the international artists of the OpenArtCode Group. From 19th April to 8th May 2018 in the Salone di Donatello of the Basilica of San Lorenzo, contemporary art enters the spaces where Brunelleschi, Michelangelo, Donatello, Ammannati and Vasari were working during the Renaissance. 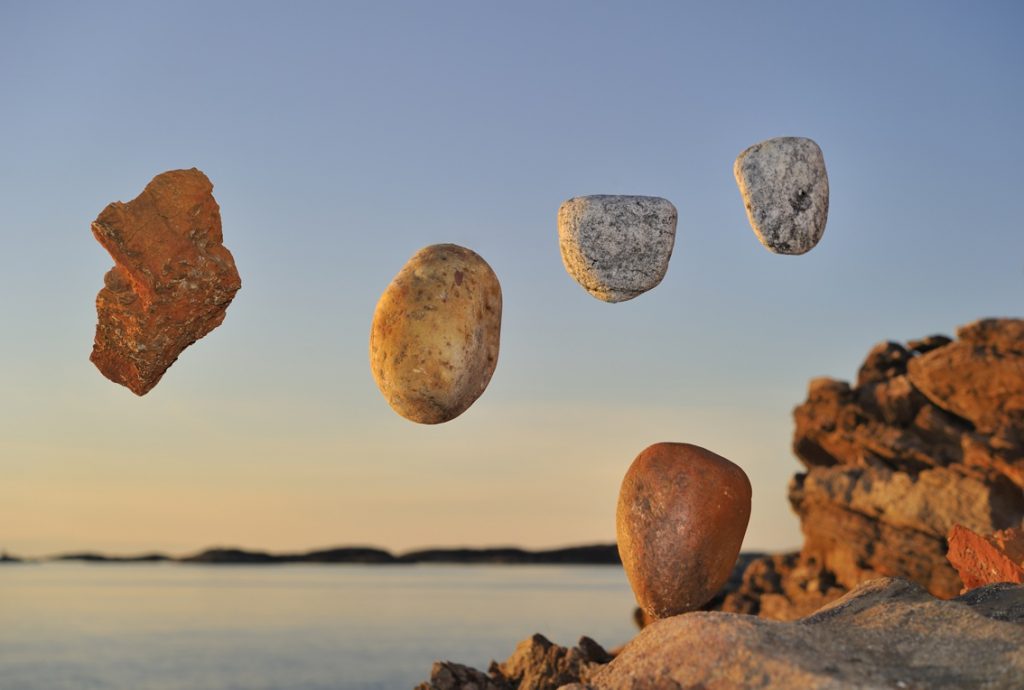 Trond Are Berge – In the beginning 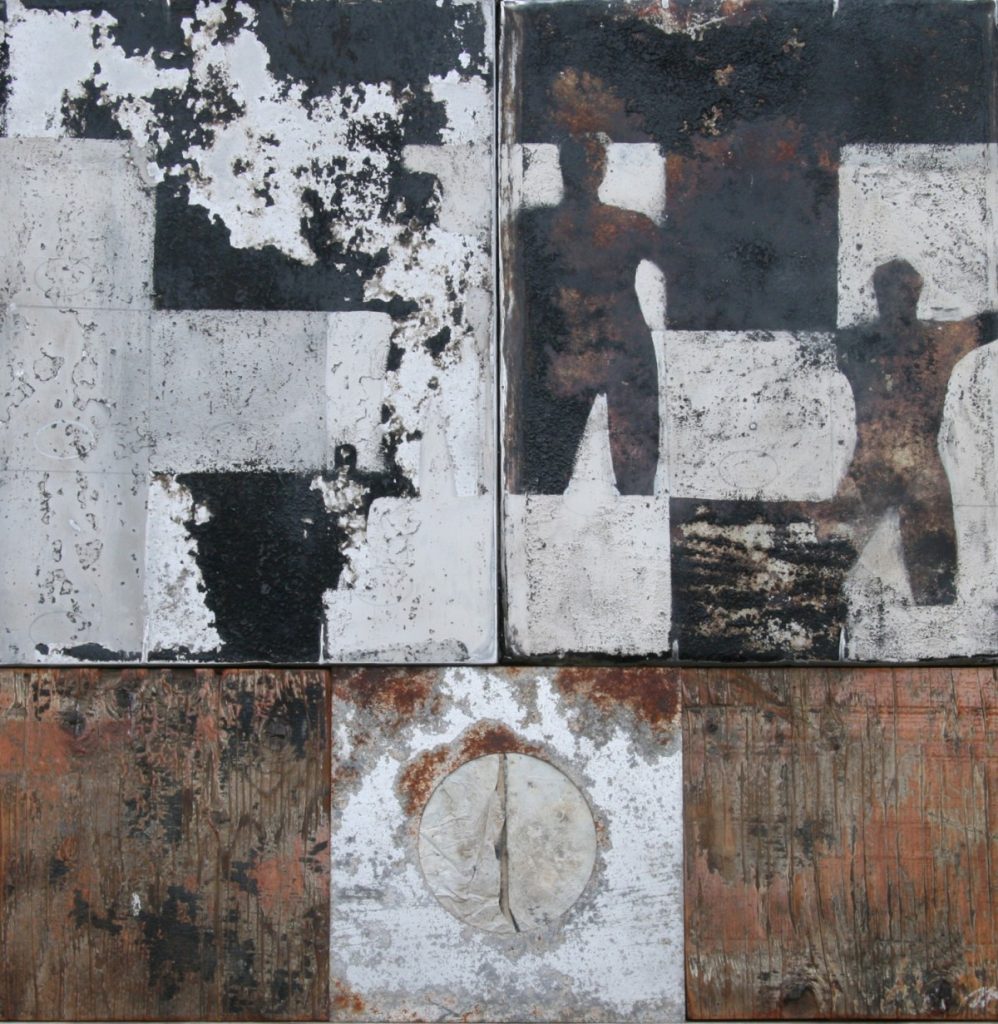 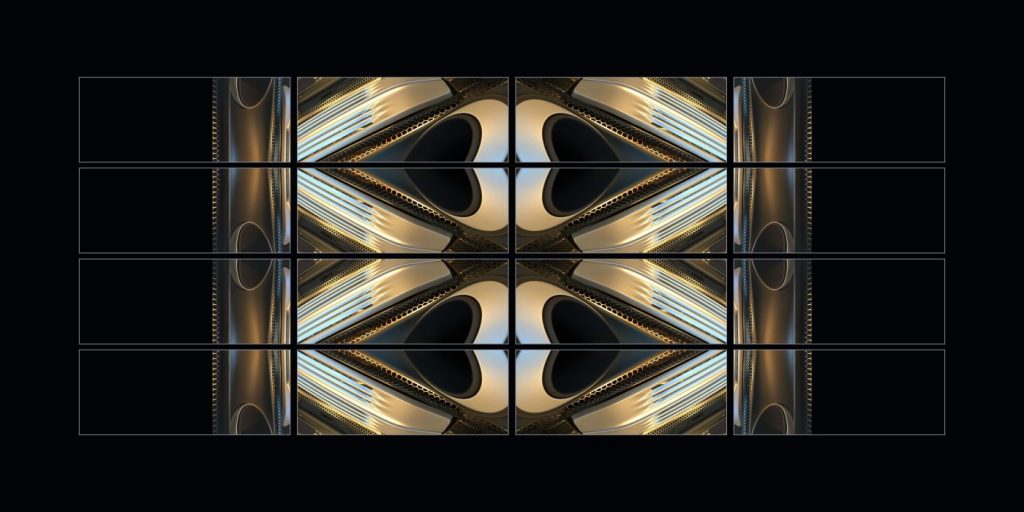 A contemporaneity made up of painting, sculpture, photography, digital art and installations.
An installation by Sandra Muss stands out: seven wooden doors, washed away by history, blown in the wind, with lines of LED light behind logs that have been corroded and whitewashed by saltiness. The passing of time and the mutation of everything are evident in the rusty metal plates and in the objects returned from the sea or found by the artist on her journeys to distant places. Although following another artistic journey and with a different view on society, we also find corroded wood and rusty metals in the works by Stefano Sanna. Here the artist engraves, overlaps, scrapes and stratifies with a process similar to that of nature, which deposits sediments, cancels and recreates. The natural materials used by the interior designer Susanne SjÃ¶gren have an entirely different end. Despite the rationality that characterizes the Swedish school in which she trained, her furniture reveals a delicate artistic sensibility in the soft forms of her phytomorphic furniture sculpture. Design, which this time comes from the most advanced engineering experimentation, is the protagonist in the works by David Wiener. Designer for Ferrari amongst others, he devotes much of his art to Formula 1 (it is no coincidence that his collectors include Michael Schumacher, Kimi RÃ¤ikkÃ¶nen and Jean Todt) and offers the viewer works on aluminum that seem to have their roots in Op Art for their reiterated and serial construction with an illusionistically kinetic vision that explores the effects of human perception. With great sensitivity, Sumio Inoue expertly works with infinite shades of black and white in his photographic shots that he impresses on thick washi paper (a Japanese rice paper which he makes himself), through a delicate and long process with an end result of â€˜low reliefâ€™ sculptural photographs. His silent images are impressed with a dense and penetrating black in the paper, which evaporates in indefinite rarefactions on a wrinkled and creased support
In addition to highlighting the rich and diverse variety of styles and techniques typical of the OpenArtCode artists, their works take us to many different places in the world, as in the photos of Etienne Pierart who has documented the war in Syria and IraqÂ on behalf of the United Nations, but also in his travel photos he reveals the magnificent peace of Antarctica, or the curious faces of distant lands, which he has chosen to exhibit in Florence. In the photographs of Trond Are Berge, the great Norwegian forests that plunge into the blue waters of the fjords alternate with flames that burn on a rock overlooking a sea at sunset, or stones smoothed by the icy north wind are magically suspended in a clear sky. He does not use Photoshop, but cleverly overlays images so that for example, the intense face of a woman is confused into the wood of a tree trunk. The magic of digital manipulation dominates in the assemblages on aluminum and plexiglass by Jane Sager, in which signs and metaphors emerge, like the flamboyant voracious crocodiles pursuing graceful light-colored butterflies. The vivid colors are also present in the intense paintings of William Braemer, known above all for his famous coin sculptures, busts and torsos covered with various materials, headless like archaeological finds from the future, which have an ironic and amusing element to them too. Fame also accompanies Carolina Gynning, actress and TV presenter, winner of the Swedish edition of Big Brother, without distracting her from her female portraits with large eyes, â€œwindows of the soulâ€, with their dark and deep tones accompanied by watery transparencies, using colors that deliberately do not correspond to reality. Strong primary colors are diluted in a variegated palette, but always chromatically decisive, in Tiril‘s abstraction. Each work is charged with pathos, which has been emotionally intuited through Tirilâ€™s fertile inspiration of an â€˜enlightenedâ€™ moment, allowing the viewer to perceive the workâ€™s transcendental nature. The installations by the Dutch artistÂ Marianne JansenÂ are related to the magic of dance and theater. The installation that she is making for Florence is dedicated to Syrian ballet dancer Ahmad Joudeh (protagonist of Dance or die, documentary by journalist Roozbeh Kaboly), who danced â€“ an ethereal messenger of peace – in a war-torn Syria, in the ancient Roman amphitheater at Palmira.

These and other great artists who form the OpenArtCode group for many years, such as David Harry, Sara Palleria, Max Werner, Evelyne Huet, Marco Aurelio Rey, Sinae Lee and Marybel Gallegos, will all be meeting and exhibiting in Florence in April.

Reliving these spaces today means creating a dialogue between the culture of the Renaissance and the search for languages and styles that are typical of contemporary art. The Mediceo Laurenziano complex is undoubtedly a fascinating and exciting place. It unites different structures, each rich in historical, cultural and artistic references, including: the Basilica of San Lorenzo and the Old Sacristy, entrusted to Filippo Brunelleschi and Donatello carved the pulpits; the crypt houses the Treasure of San Lorenzo, Cosimo the Elderâ€™s monumental tomb and Donatelloâ€™s tomb (hence the name Salone di Donatello); the Medici Chapels with the Medici family mausoleum; the New Sacristy, designed by Michelangelo and the Laurentian Library, begun by Michelangelo and completed by Vasari and Ammannati.