Art and science the absolute protagonists of the Chianti Star Festival

From 29 June to 11 August international artists, researchers and scientists
will come together in San Donato in Poggio (Tuscany), one of the most beautiful backdrops in the world 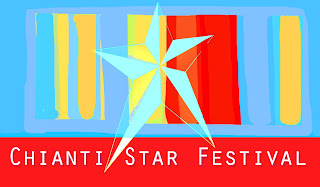 Art and science coincide in a spectacular way in one of the most beautiful settings in the world: this is the premise of the first edition of the Chianti Star Festival which will be held in San Donato in Poggio, in the heart of Tuscany, from 29 June to 11 August 2013.

The ‘stars’ of the Chianti Star Festival are numerous: the international artists who will be exhibiting at Palazzo Malaspina, the astral stars that can be observed from the Astronomical Chianti Observatory and the film stars, thanks to a mini film festival. And typical products of the territory starting, of course, with wine, will also be the protagonists of the Festival.

The selected art works will stimulate reflections on the relationship between artists and the socio / cultural context. The presence of the artists will enhance the Festival, which also offers a rich calendar of collateral events including lectures, meetings, concerts and aperitifs in the Square.

The mini film festival curated by Gabriele Rizza and Gianna Bandini from the association, Associazione AnÃ¨mic, will provide some important examples of how science is presented in film: from science fiction to biographies of leading scientists to controversial issues of great relevance in todayâ€™s society.

The theme of the dissemination of scientific culture will be addressed, thanks to the participation of professors and researchers from OpenLab, the communication structure of the University of Florence. These are just some examples of these collateral events: Professor Roberto Casalbuoni will talk about the symmetries and the art of Escher, Professor Luigi Dei will explain scientifically Ravel’s Bolero, Professor Alberto Righini will reveal the secrets of stars, Galileo and wine. The artists will also be present in the first week of the Festival to meet the public and disclose important aspects of the role of the artist: when the artist is called upon to interpret the infinitely small so as to provide the scientist with a representation of what the human eye cannot see; when their works are influenced by the evolution of science and technology; when their art can improve the lives of hospital patients. This latter aspect will also be discussed by Professor Donatella Lippi, Director of the Centre for Medical Humanities, Faculty of Medicine and Surgery, University of Florence, who, beginning with the work by Picasso Ciencia y Caridad will address the theme of science and art in medicine. Elaine Poggi will present the project Healing Photo Art; her role to take works that have been donated by important photographers from all over the world to hospitals in various countries. Some artists will share their experiences of having been commissioned to create an artwork specifically for care homes or hospitals with the public.

In short, a calendar full of events and initiatives, available at www.chiantistarfestival.com, without forgetting the fundamental pleasures to be found in Tuscan oenogastronomy: every evening, starting at 7pm, there will be local food and wine tastings, all produced in the surrounding Chianti area, supported by local experts and sommeliers.

A jury, chaired by theoretical physicist Roberto Casalbuoni, will award the artist with the finest artworks of the festival. The members of the Jury include: Anchise Tempestini, art historian; Giada Rodani, curator and organiser of exhibitions and contemporary art events, Alberto Righini, Professor of astronomy; Gabriele Rizza, journalist and film and theatre expert; Luigi Dei, Professor of chemistry and President of OpenLab; Ugo Chiti, film director and screenwriter.

Free entrance. For the lectures and meetings, booking is advised: info@studioabba.com

There is an entrance fee for the guided visits of the Observatory: 7 euros adults, 4 euros reductions, 10 euros buffet.

The Heritage of Memory by a great Maestro: Silvio Eupani